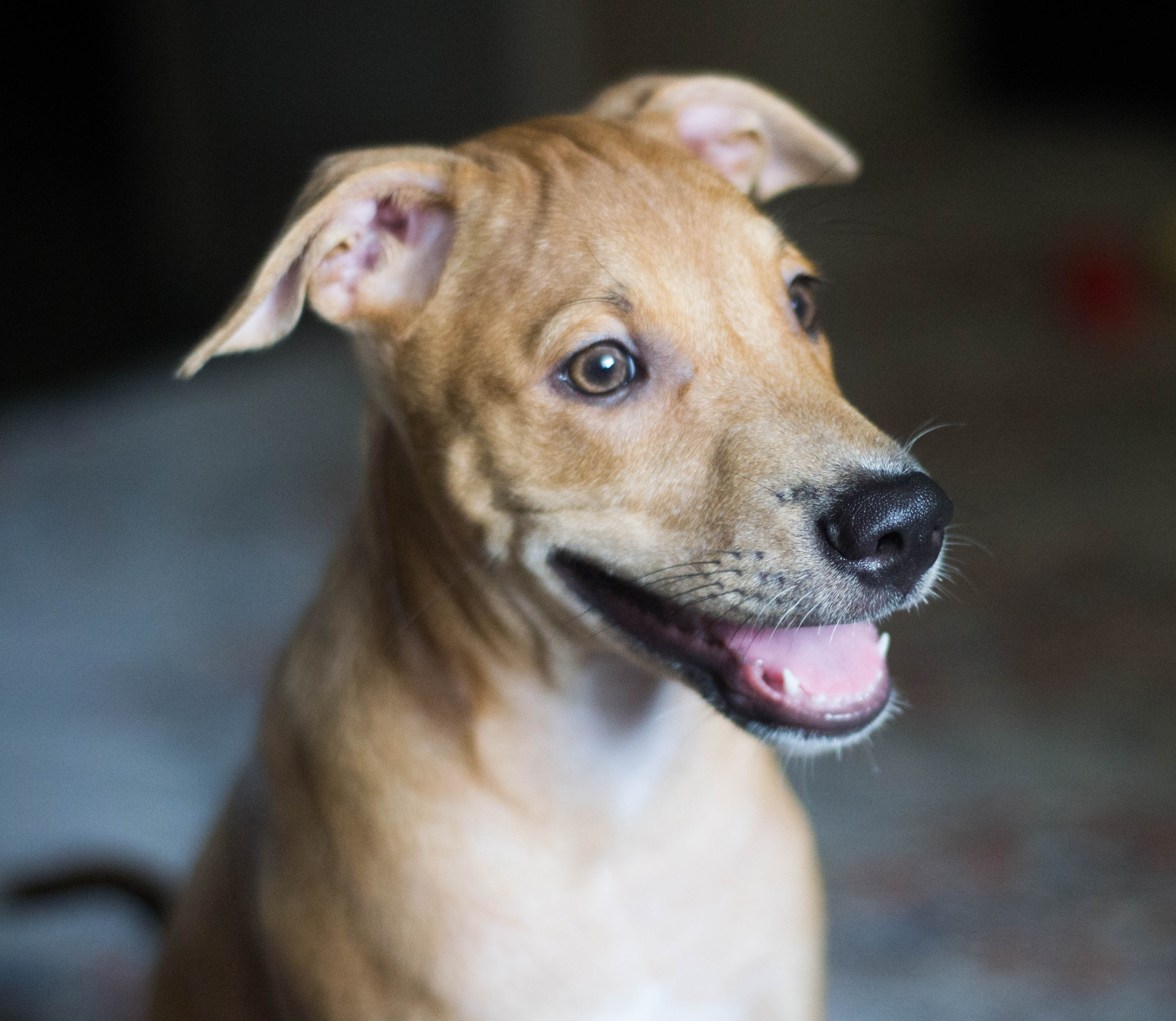 Earthquakes are defined as a sudden and violent shaking of the ground, sometimes causing great destruction, as a result of movements within the earth’s crust or volcanic action. In recent years we have seen a dramatic increase in the number of earthquakes in various or different places, as well as the intensity of their magnitudes. As we see the numbers increasing daily, we must ask ourselves why God sends earthquakes in different places. Here are 17 Biblical reasons why God allows earthquakes to shake the very foundations of this world.

When angels descend from heaven to earth.

Suddenly there was a great earthquake; for an angel of the Lord came down from heaven, cast the stone aside, and sat on it.

Then Jesus screamed again and released his spirit. At that moment the curtain of the temple sanctuary was torn in two, from top to bottom. The earth shook, rocks split, and tombs opened. The bodies of many godly men and women who had died were raised from the dead. They left the cemetery after the resurrection of Jesus, went to the holy city of Jerusalem and appeared to many people.

The Roman officer and the other soldiers at the crucifixion were terrified by the earthquake and everything that had happened. They said, “This man was truly the Son of God!”

And many women who had come from Galilee with Jesus to care for him were watching from a distance.

Earthquakes awaken people from their sleep both naturally and spiritually and produce both resurrection and revival.

And Jesus again cried out with a loud voice and gave up his spirit. Then, behold, the veil of the temple was torn in two, from top to bottom; and the earth shook, and the rocks were split, and the tombs were opened; and many bodies of the saints who had slept were resurrected; and coming out of the tombs after his resurrection, they entered the holy city and appeared to many.

He is not here; because he has risen, as he said. Come, look at the place where the Lord lay. And go quickly and tell his disciples that he has risen from the dead, and that he is certainly going ahead of you to Galilee; there you will see it. Behold, I have told you. “

Earthquakes open the prison doors, shake the foundations, wake the people, free the captives, and bring salvation to the lost. Earthquakes occur to bring light to those who sit in dungeons (internal prisons) and in darkness.

And when they had been beaten many times, they threw them into jail, and ordered the jailer to keep them safe. Having received such an order, he put them in the inner jail and bound their feet in the stocks.

But at midnight, Paul and Silas prayed and sang hymns to God, and the prisoners listened to them. Suddenly there was a great earthquake, so that the foundations of the prison were shaken; and immediately all the doors were opened and everyone’s chains were released. And the prison guard, awakening from sleep and seeing the prison doors open, assuming the prisoners had fled, drew his sword and was about to commit suicide. But Paul called out with a loud voice, saying, “Don’t hurt yourself, because we’re all here.”

Then he asked for a light, ran in and fell trembling before Paul and Silas. And he took them out and said, “Sirs, what must I do to be saved?”

Then they said, “Believe in the Lord Jesus Christ, and you will be saved, you and your household.” Then they spoke the word of the Lord to him and to all who were in his house. And he took them at the same time of night and washed their sores. And immediately he and his entire family were baptized. When he had brought them home, he put food on them; and he rejoiced that he had believed in God with all his house.

And when it was daylight, the magistrates sent the officers, saying, “Let those men go.”

So the prison warden reported these words to Paul, saying: “The magistrates have sent to let you go. Now therefore go and go in peace.”

Earthquakes occur to show the beginning of pain, signal the coming of Jesus and the end of the world.

The nations and kingdoms of the earth will rise up against each other, and there will be famines and earthquakes in many places. But all of this will be just the beginning of the horrors to come.

Because nations and kingdoms will proclaim war against each other, and there will be earthquakes in many lands and famines. These herald only the early stages of the anguish to come.

Teacher! “They exclaimed.” When? And will there be any warning ahead of time? “

He replied, “Don’t let anyone fool you. Because many will come announcing themselves as the Messiah and saying, ‘The time has come.’ But don’t believe them! And when you hear wars and insurrections begin, don’t panic. True, wars must come, but the end will not come immediately, because nation will rise against nation and kingdom against kingdom, and there will be great earthquakes and famines in many lands, and epidemics, and terrifying things will happen in the heavens.

As we look at world news events and align them with God’s Word, we are really seeing an increase in earthquakes as we approach the coming of Christ. This reason was so important for us to understand that it was repeated three times in the Gospels. By the mouth of two or three witnesses, every word will be confirmed.

Earthquakes occur after the Lord passes through the earth and before He speaks.

And after the earthquake a fire; but the Lord was not in the fire: and behind the fire a still and delicate voice.

Earthquakes come to bring anguish and judgment. These earthquakes occur suddenly in an instant when the Lord of Hosts visits a city to bring wrath and judgment on that land.

Woe to Jerusalem, the city of David! Year after year you make your many offerings, but I will send you a great judgment, and there will be weeping and sadness. Because Jerusalem will become as its name “Ariel” means: an altar covered in blood. I will be your enemy. I will surround Jerusalem, besiege it, and build fortresses around it to destroy it. Your voice will whisper like a ghost from the land where you lie buried.

But suddenly, your ruthless enemies will be chased away like chaff blown by the wind. In an instant, I, the Lord of Hosts, will come upon them with thunder, earthquake, whirlwind and fire.

Earthquakes occur after the seeing prophets have warned and there is no repentance. Earthquakes occur when the Lord roars from heaven and utters His voice. There will be the lament of the people and the mountains will dry up because of the punishment for disobedience.

Amos was a pastor who lived in the town of Tekoa. All day he sat on the slopes of the hills watching the sheep, preventing them from straying. One day, in a vision, God told him some of the things that were going to happen to his nation, Israel. This vision came to him when Uzziah was king of Judah and while Jeroboam (son of Joash) was king of Israel, two years before the earthquake.

This is his account of what he saw and heard: The Lord roared, like a ferocious lion from his den, from his Temple on Mount Zion. And suddenly the lush pastures of Mount Carmel dried up and dried up, and all the shepherds wept.

The Lord says: “The people of Damascus have sinned again and again, and I will not forget it. I will no longer leave them unpunished. For they have threshed my people in Gilead as grain is threshed with rods of iron. Fire to the palace of the King Hazael, destroying the strong fortress of

Ben-hadad. I will break the bars that closed the gates of Damascus and kill his people down to the Plain of Aven, and the people of Syria will return to Kir as slaves. The Lord has spoken.

Earthquakes occur on the day of battle

Stay tuned, because the day of the Lord is coming! On that day the Lord will gather the nations to fight against Jerusalem; the city will be taken, the houses plundered, the spoils divided, the women raped; half of the population will be taken away as slaves and the other half will remain in what remains of the city.

Then the Lord will go out fully armed for war, to fight against those nations. On that day his feet will be on the Mount of Olives, east of Jerusalem, and the Mount of Olives will split, forming a very wide valley that runs from east to west, because half of the mountain will move north and the other half to the north. the South. You will escape through that valley, because it will reach the city gate. Yes, you will escape as your people did many centuries ago from the earthquake in the days of Uzziah king of Judah, and the Lord my God will come, and all his saints and angels with him. 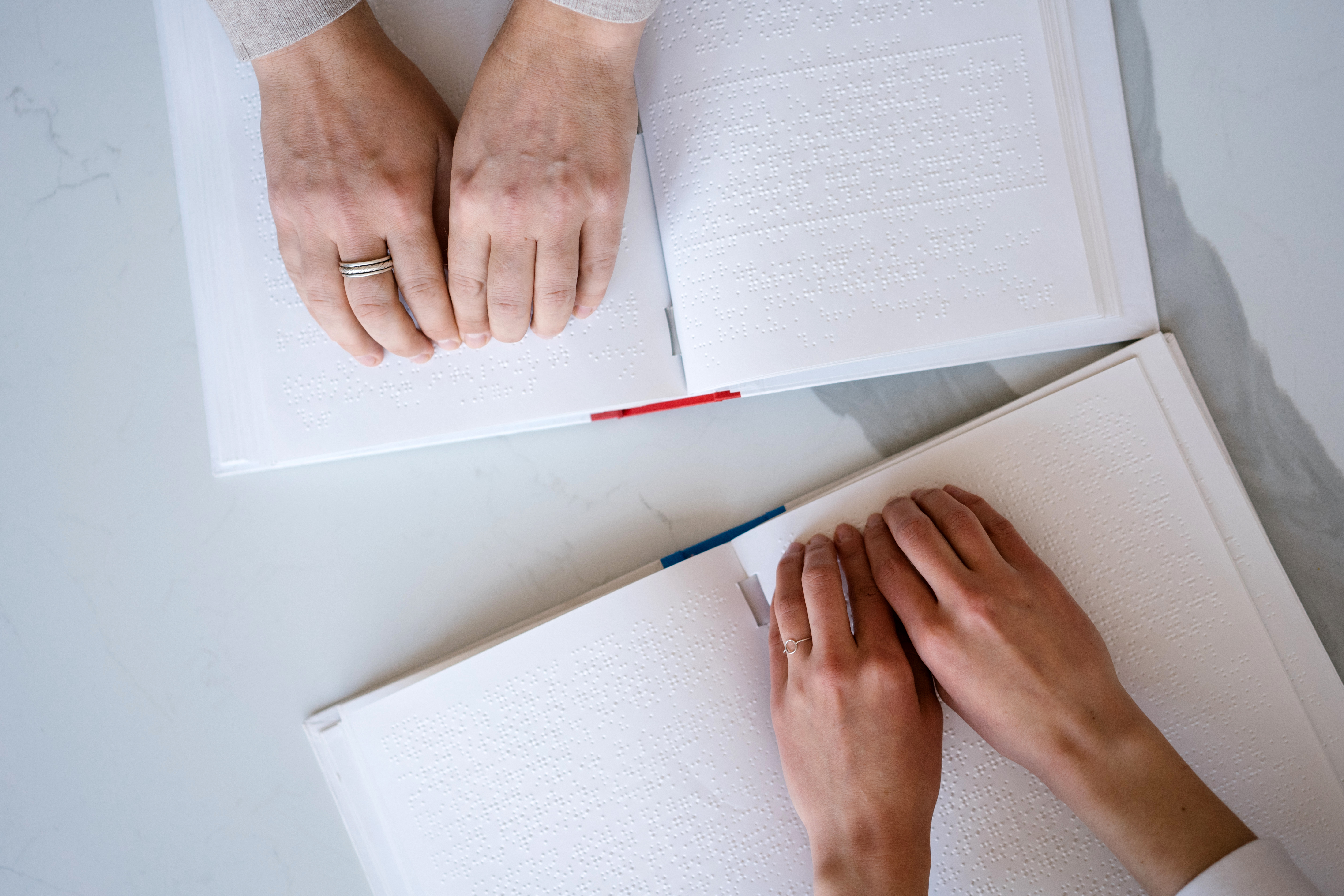 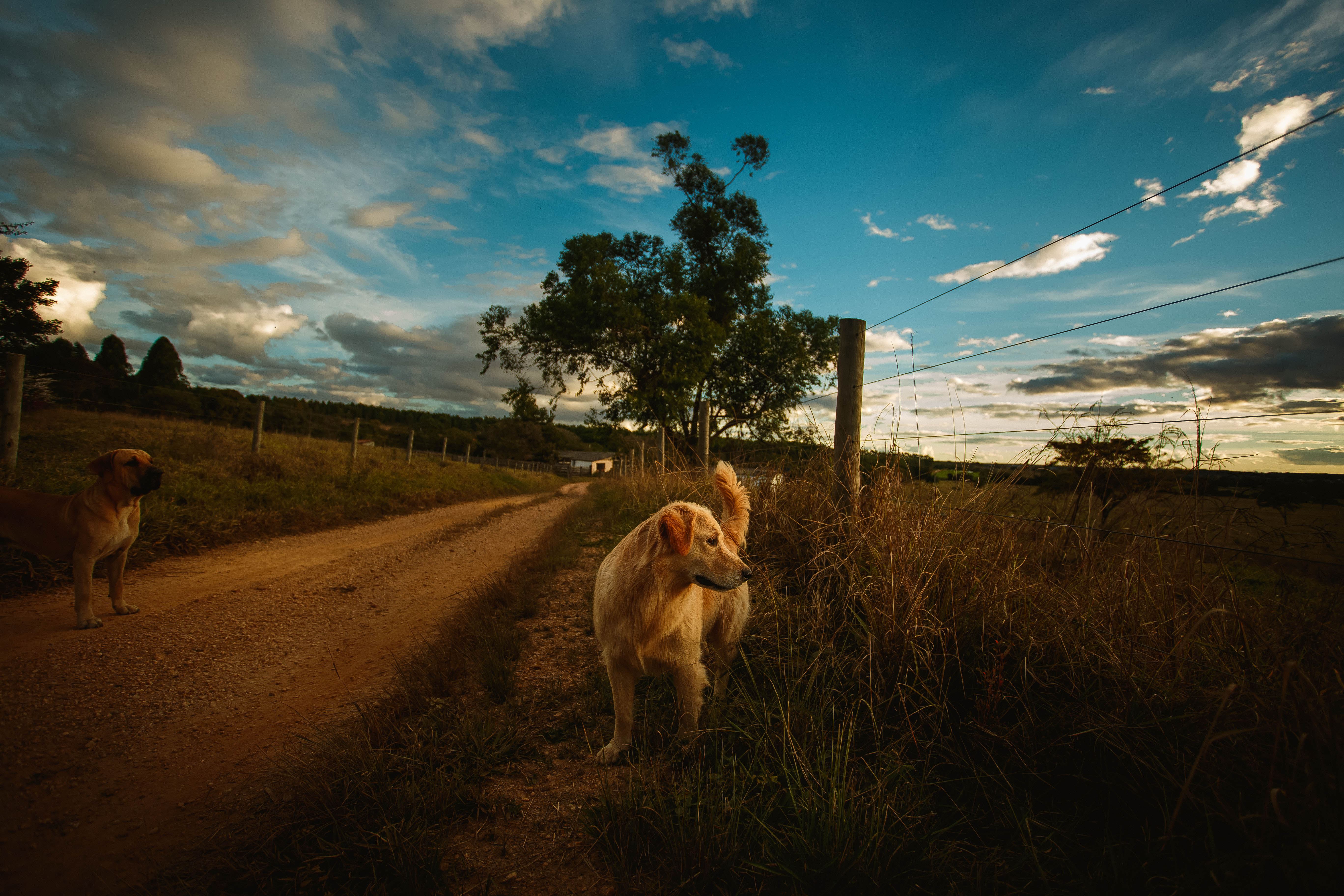 Teacup kittens: the pros and cons of a smaller size 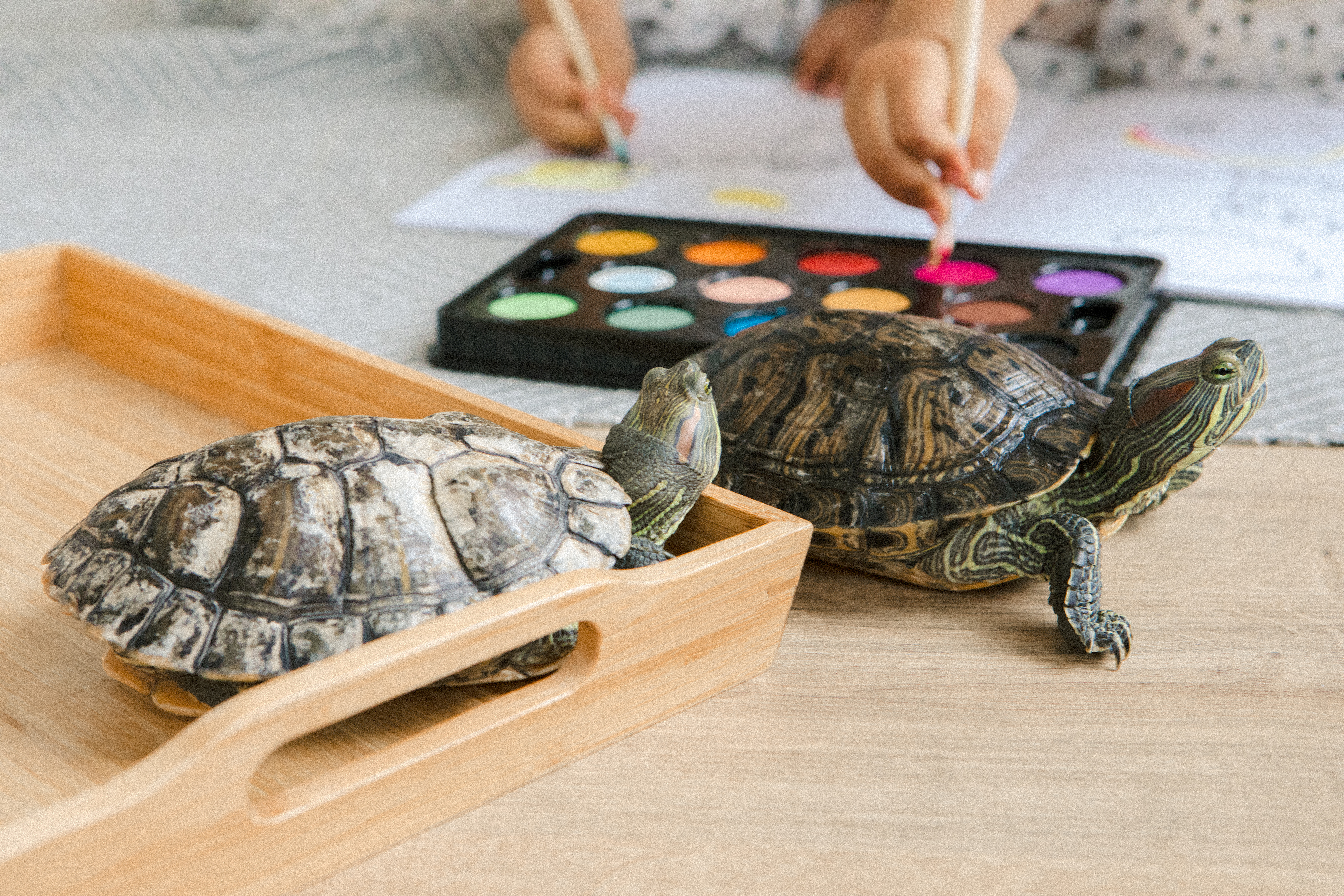